I remember a children’s story. I was told when I was very young, back in preschool. The story was about three little pigs who all were building their own houses. The first pig was a lazy one, let’s call him Lazy-Pig. He built his house quickly with straws so that the rest of the time he could do whatever Lazy-Pig does. The second pig was not lazy, but not ambitious either. Let’s call him Mediocre-Pig. Mediocre-Pig built his house out of sticks, which he did in a day, and the rest of the time he did whatever a Mediocre-Pig does. The third pig, Mr. Ambitious-Pig spent weeks building a house of bricks. A home complete with a fireplace and a chimney. Lazy-Pig and Mediocre-Pig teased him because he didn’t have any time to play like they had during those weeks.

One day a wolf arrived, and the three little pigs all ran to hide inside their houses. Little did they know that this wolf had the lung capacity of an elite marathon runner, and could produce storms through his huffing and puffing. Poor little Lazy-Pig had his whole house blown away in a matter of seconds. And so the wolf caught him! The wolf sliced open his little piggy belly, crushed his throat with razor-sharp teeth and ate the little piggy alive. Okay, I’m not sure if this is exactly how the children’s story went …. Anyways. The wolf continued to Mediocre-Pig and the house was built of sticks, for he had only had an appetizer.

He huffed and he puffed and he ripped the sticks apart and threw himself over Mediocre-Piggy!

Mediocre-Pig was devoured in minutes. The wolf continued to Ambitious-Pig, and the house was built of bricks. It was time for dessert! But no matter how much the wolf huffed and puffed, he didn’t manage to break the brick walls. So, he tried to break into the house through the chimney instead. Mr. Ambitious-Pig was prepared for this as well, though. He had put a large pot of boiling hot water in the fireplace, which the wolf fell from the chimney and landed right in. The wolf was cooked, alive.

Ambitious-Pig feasted on wolf meat for months afterwards, and enjoyed a prosperous life in his awesome home. Moral of the story: Do things right the first time! If you will live like no one else, later you can live like no one else. This is a video presenting the top five takeaways from the Total Money Makeover, written by Dave Ramsey. And this is the Swedish investor. It’s time for your Total Money Makeover! Are you ready?

Take away number 1: No more denial!

If you drop a frog in hot water, he will jump out.  However, if you drop him in room-temperature water, he will swim around and he will be cheerful, and gradually you turn up the temperature. He will fail to notice the change and eventually he will be lured to his death. How do people lose their physical fitness and how do they lose their financial fitness? The answer is: Gradually. There are many similarities between a great physical health and a great financial one. There are no quick and easy solutions that will make you lose 40 pounds in a week or become a millionaire overnight. No matter how much the late-night infomercials want you to believe that! You are where you are, both financially and physically, because of a series of decisions that you made in the past. The first part of anyone’s money makeover is accepting that there is a problem.

This is where the similarities between your physical health and your financial one can differ. If you’re out of physical shape, it’s difficult to be in denial. Heavy breathing and massive sweating when taking the stairs? Well – out of shape! Had to buy a whole new wardrobe this year, adding one more X before L’s to all your outfits? Out of shape! People will notice, and you will. With money, it’s more difficult. You can easily fool everyone else, and possibly even yourself, into thinking that you are in a good financial shape. Just drive around in a luxury car and live in an upper-class neighborhood. Almost anyone can manage to do this – if they use enough debt.

But reality will catch up sooner or later and reality will HURT. Would you be able to keep up your current lifestyle for at least three months if you were fired from your job tomorrow? (without using credit, of course) If not, you’re financially out of shape! Do you have more debts than you have assets? Out of financial shape! It’s time to face reality, and to make some changes around here! It won’t be easy, but it will be worth it! A motto that Ramsey repeats throughout the book is this: If you live like no one else, later, you can live like no one else. I wouldn’t walk across hot cold because I think it’s fun, but if I know that the rewards on the other side are great enough I’d say: “Bring out the coal, damn it!”.

Takeaway number 2: Get an emergency fund

Your first step towards getting into financial shape is to get an emergency fund. According to Murphy’s Law: Anything that can go wrong, will go wrong. For some reason this seems to be even more true if you come unprepared.

On your journey towards financial awesomeness, you must take baby steps. As I stated earlier, you are not going to change your financial life overnight. And don’t let the late night infomercials tell you otherwise, because it will just end in loss of money and tears. Our first baby step is to save $1,000. After that, you continue to baby step number 2, which I will present in the next takeaway, and then you come back to building your emergency fund into a more robust one. A healthy emergency fund should allow you to keep your current lifestyle, even in the unexpected events of you getting fired, for at least three months. Your emergency fund must always remain available to you – stocks are therefore a big no-no.

The same goes with real estate. At the same time as the assets must be liquid, you can’t have them too easily accessible. If you keep them in cash on your kitchen table, burglars will sniff their way to your house faster than you can say “I’m calling 9-1-1, okay?!” Or worse: You spend them all on non emergencies, such as tailor-made suits, kitchen makeovers and your Ben and Jerry cravings. Well, this sounds like a catch-22. Can the assets be both liquid and not too accessible at the same time? This calls for some creativity. One of Dave Ramsey’s students bought a frame and stacked the cash inside. Inside the frame, she wrote “in case of emergency, break glass”. She then hung it behind coats in her closet. Remember if you live like no one else, later you can live like no one else.

So, after you’ve acquired a $1,000 emergency fund you have arrived at Ramsey’s most famous baby step. It’s called the “debt snowball”. Your income is the most powerful ally in your wealth building process. Your most fearsome enemy is debt. If you can get rid of debt payments your income will turn into a financial force to be reckoned with. The most efficient way of taking on your fearsome enemy, Mr. Debt is by using the debt snowball. List all the debts in order from smallest to largest payoff.

Wait with the mortgage until you have completed what I’m about to present in takeaway number 4. You start this debt snowball by doing everything that’s in your power to pay back the debts on top of the list. You might want to avoid criminal activities, and you’re absolutely forbidden to use the emergency fund for this! We are not to focus on the debts with the highest interest rate first, even though that would make sense from a mathematical standpoint. Why? Because let’s face it. We need some quick wins! If you go on a diet and you lose weight already during the first week, you will stick to it. The same goes for our Money Makeover. Once you’ve crossed out the first item on the list, you will feel a great sensation. This is actually working! As if that wasn’t enough, now is where  the snowball will start to work in your favor. Once you’ve paid off the first debt, you must no longer pay interest for it. This means that you’ll have more income that can be focused on paying off the next item on the list. The snowball is now getting up to speed. And what seemed to be a tiny, tiny snowflake at first, will eventually turn into a freaking avalanche! Typically, it takes somewhere between 24 and 30 months to complete the emergency fund and the debt snowball. Did I mention that if you live like no one else, later, you can live like no one else?

You now have an emergency fund for a rainy day, and you’re almost debt free, except for your mortgage. It’s time to make sure that your financial health will remain (well) your whole life. Similarities between physical and financial health could be seen again. Once you get fit,  you only need simple maintenance to keep it that way. To make sure that you’ll be prosperous your whole life, you should invest 15% of your income in retirement. I’m referring to the before tax, gross income here. The process on how to do this is country specific. In Sweden, your employer is legally bound to save for your retirement for you. In the US, it seems that you’re on your own in this process. First, you should make sure to maximize any savings where you have a company match. So, if your company doubles the money that you invest in your 401(k) up to, say 3% of your gross income, use that to your advantage.

After that, max out your Roth IRA, where money will grow tax-free, and then you put the remaining percentages, if you aren’t at fifteen yet ,in your 401(k) again. Doesn’t this mean that I’ll have less money to spend on new shiny toys today? I was going to say something important here … Oh, yeah! If you live like no one else, later you can live like no one else.

I’m actually skipping two baby steps from Ramsay’s book here concerning how to save for your kids’ college education (if you have any) and how to pay off your mortgage (if you have one). If you want to know more about these, feel free to use the link in the description to get the book. When you reach this step, it’s time to aim for the finish line – becoming financially independent. You should have a lot of capital to spend as you have no debt payments any longer. Ramsey suggests using this capital to invest in four different types of mutual funds – growth and income funds, growth funds, international funds and aggressive growth funds. He also suggests doing debt free investing in real estate. These investments will make a lot of money for you after a while. When your money makes more money than you do, you are officially wealthy. If you can live off 8% of your money’s nest egg, you never have to work again, if you don’t want to. Go ahead! Calculate where that point is for you with your current lifestyle.

Added to wishlistRemoved from wishlist 1

We will be happy to hear your thoughts 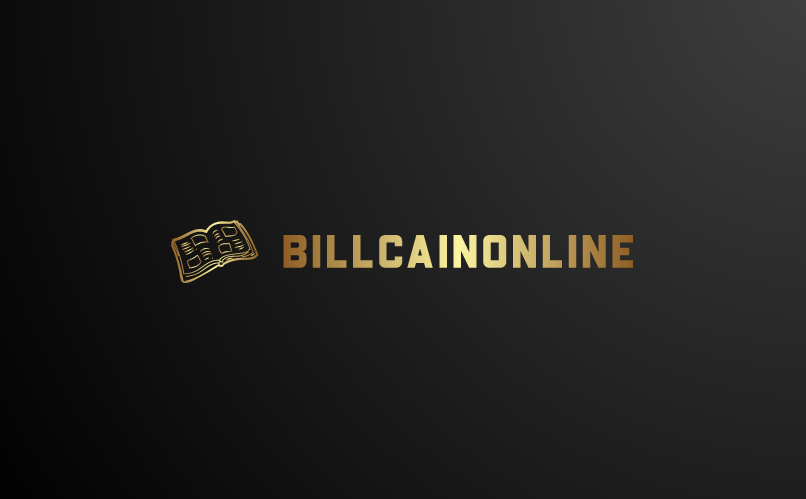 Quick Links:
For Entrepreneurs
for students